the History of the Florida Keys Contractors Association

They Needed a Unified Voice. This was the number one reason the founding members established the Florida Keys Contractors Association that was officially organized in 1981

“When the county was developing their land use plan, there were different regulations every week,” she remembered. “It was so hard to get permits back then. One week, you could build with bricks and the next week, you could only install breakway walls on ground level structures.”

Founding Member and Life Director Jim Aultman, who’s been in the Monroe Country home-building business since 1970, said contractors needed to go before the county commission with a unified voice regarding decisions that challenged their industry and livelihood.

“At one pint, the state was attempting to tremendously reduce the number of building permits issued on Monroe Country” Aultman explained.” 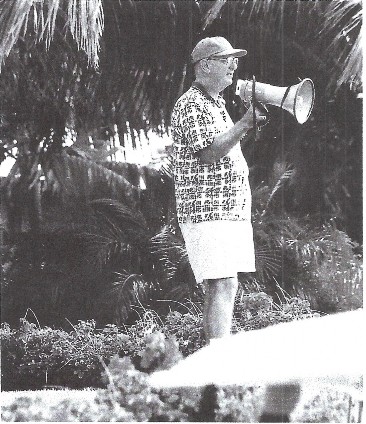 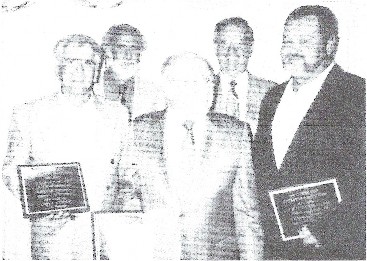 In May 1994, the first ‘Life Directors” were installed by FKCA president Walter Carlson. Any members in good standing who has served three terms as a director are eligible to be nominated to the position of Life Director. The advantage to the association is the retain this wealth of knowledge and experience within the association. Pictured, from left: Jim Aultman, Carlson, Don Brassington, Executive Director Bill Smith and David Ringemann.

When the Department of Community Affairs designated the Florida Keys Area of State Critical Concern, Aultman said a contingent from FKCA went to Tallahassee to talk to legislators about the unintended consequences of the designation.

In 1984, Aultman encouraged longtime friend Bill Smith to apply for the position of Executive Director. The former Lockheed engineer trained in the Air National Guard and owned Smith’s Radio & TV Service in Marathon for over 20 years. Over the course of his career, he earned contracts with General Electric, the marine patrol and local electric companies.

When Aultman encouraged Smith to pursue the position, he hesitated. “I wasn’t a contractor,” Smith remembered.

“But I went before the board and I got the job. I’m proud of the work I did with the Association and I made some of my best friends in the world there.”

Smith also stated that policing unlicensed contractors that flooded down from the mailnalnd after hurricanes was another reason for the FKCA’s formation.

“There simply weren’t enough people to cover all the work that needed to be done,” he explained, particular;y with regard to roofing repairs following major storms. 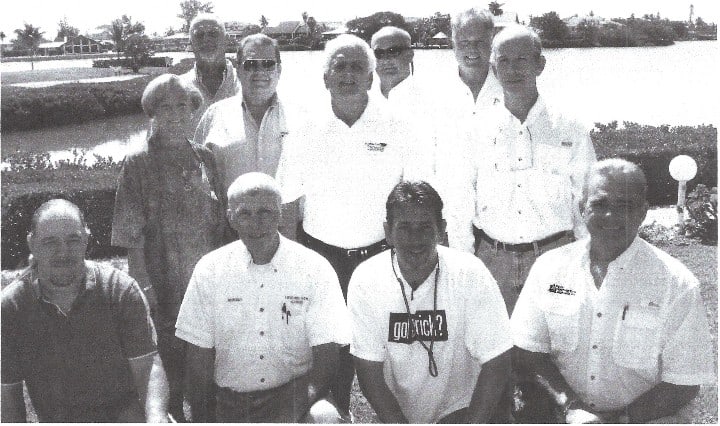 “People would come in from out of twin, underbidding real workers and then not do a proper job,” Smith continued. “Licensed contractors playing by the rules couldn’t afford to remain in town.”

To many, this battle cry resonates just as loudly today as it did more than 20 years ago.

FKCA recently coordinated with the City of Marathon and Monroe County to draft ordinances that cracked down on unlicensed contractors in the Florida Keys. Aultman said from plumbers and electricians to roofers and carpenters, there will always be unlicensed contractors working to take advantage of homeowners. “There is no accountability at all if a job is done correctly”, he offered.

Cameron said she remembered, as a teenager, her father and his employees spent a lot of time repairing soddy craftsmanship.

“We had a lot of the same issues back then,” Aultman said, remembering that in the early days of the association, concerns were addressed in a reactionary fashion.

Eventually though, governing bodies like the country commission began to recognize the FKCA as teh construction industry’s representative voice across the county.

“The Association has worked to gain greater level of respect from the political community, both locally and on the state level,” Aultman affirmed.

“The contractors needed to be able to come together and talk to each other without being on the battlefield,” Baker said. “Even though contractors were in competition, when it comes to the Association, they realized they could learn from each other.”

Current FKCA President Chris Gratton, owner of Keys Contracting Services, said joining the association four years ago opened his eyes to new and developing building methods and materials as well as helping him develop a great rapport with fellow contractors.

“We finally have a powerful voice in shaping policy down here as far as building is concerned,” Gratton stated. “Now we get emails from the city and county offices regarding any upcoming changes with code enforcement, administrative interpretations and meetings. “We’ve clearly gained a better level of respect.”